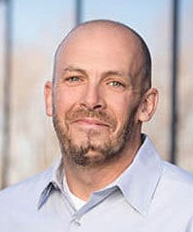 Cameron Williams has more than 22 years of experience as a leader in the Cyber Security industry.  He has led breach mitigation and designed security solutions/countermeasures for leading global companies such as IBM, Boeing, Sony, BP, Chase and Washington Mutual.  He has designed and built a multitude of access management systems including privileged access management, identity access management (SSO, SAML, OAuth and Federation) and cloud access security brokering systems.

Cameron worked in the 1990s at MCI/Worldcom working on US Government accounts, such as FAA, DoD, and Postal Network, and moved to Boulder in 2000 to work for IBM E-Business, leading a team of security engineers responsible for the security of Fortune 250 dot com environments.

From 2004 to 2014, Cameron built and led all aspects of Virtela’s security business, including product management, sales, operations, and engineering.   He designed the orchestration software for IBM Cloud SDN/NFV automation, the CDN and GEO LB environments for IBM LotusLive, and the Geo LB/Pandemic planning automation for remote access.  He grew Virtela’s business to over $40 Million per year with over 400 enterprise clients.

Prior to cofounding OverWatchID, Cameron was VP Engineering at IntelliSecure, where he led the development of a next generation MSSP platform including multi-tenant PAM, correlation engine (SIEM software), deployment automation, and application monitoring systems.