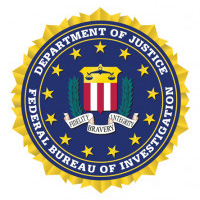 Adam Lawson entered on duty as a Special Agent with the FBI in March 2010 and was assigned the Pittsburgh Field Office where he investigated Counterintelligence and Cyber matters. During that time, he also served on FBI Pittsburgh’s SWAT team.

In 2018, Mr. Lawson was promoted to Supervisory Special Agent for the FBI’s Cyber Division, Major Cyber Crimes Unit. During his time in the Major Cyber Crimes Unit, Mr. Lawson oversaw cyber-criminal investigations of various FBI field offices and all FBI ransomware investigations.  In 2019, Mr. Lawson was selected to serve as the Cyber supervisor for the Cincinnati Field Office and reported to the division in January of 2020.

Prior to his FBI career, Mr. Lawson served for 8 years as an enlisted member of the United States Air Force. Mr. Lawson served as an intelligence analyst focusing on foreign military capabilities, Unmanned Aerial Vehicle operations, and Middle Eastern affairs. Mr. Lawson served one tour in Baghdad, Iraq during that time. Mr. Lawson received his bachelor’s degree in International Studies with a Minor in the Study of the Islamic World in 2009 from the University of Illinois.