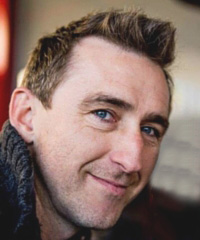 Edmund Cronin, VP of Business Development, Cyber Threat Team, has over 20 years’ experience as a negotiator, marketing and business development executive. He has a reputation of providing exemplary service building relationships. With a commitment to excellence and follow through, Edmund has helped multiple businesses raise capital, level up ventures and be acquired. Edmund’s experience ranges from cybersecurity to renewable energy and encompasses providing forward-thinking complete solutions and ground-breaking strategy.

At the beginning of his career, he led the computer telephony integration division at Ingram Micro during its inception. However, while creating customer specific High Performance Computing (HPC) environments at BlackSky it became clear the growing threat of cyberterrorism needed to be addressed. Hardening these HPC environments became the most difficult task for companies whose IP was military classified TOP SECRET and under constant attack.

Edmund was then tapped to be a part of a team of highly sought after computer security experts to form a new type of security company, one where Cybersecurity was the only mission, Silicon Valley based, Spikes Security, led by Brandon Spikes. At Spikes, Edmund helped shape the NIST Cybersecurity framework which was the keystone for the United States Government under President Obama for deeper understanding how our county should protect itself and its citizens against cyber threats. With the ultimate mission of data protection and prevention of IP from leaving the United States.

Edmund’s passion has always taken some form of stopping the “bad guys”. As the VP of Business Development, Cyber Threat Team, Edmund is responsible for driving revenue and driving strategic direction and aligning business plans with business’ cybersecurity objectives.