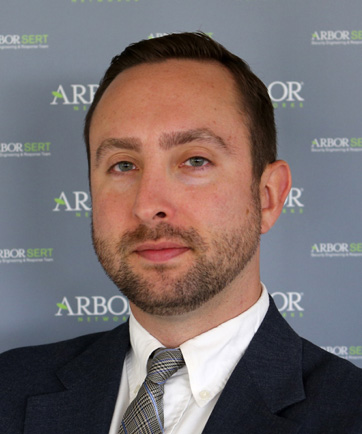 Dan Holden is the Chief Technology Strategist at Arbor Networks where he focuses on future product direction and security threat intelligence integration. Previously he was Director of ASERT, Arbor’s Security Engineering and Response Team, where he led one of the most well respected security research organizations in the industry. ASERT oversees the ATLAS global security intelligence database, and are responsible for threat landscape monitoring and Internet security research including the reverse engineering of malicious code. He also managed the development and delivery of security content and countermeasures for Arbor’s industry leading DDoS technologies via the ATLAS Intelligence Feed (AIF) threat detection technology. Prior to Arbor, Dan was director of HP TippingPoint’s DVLabs and a founding member of IBM/ISS X-Force. While at HP TippingPoint, Dan grew the DVLab’s organization into a mature security research and development team delivering security content, intelligence portals, and reputation technology as well as overseeing both the Zero Day Initiative (ZDI) program. Dan also helped build and define X-Force over the course of 12 years in various capacities ranging from development to product management. Dan has been in the security industry for over two decades specializing in vulnerability analysis, security research, and technology incubation. Dan is a frequent speaker at major industry conferences and has been quoted and featured in many top publications, radio and television.