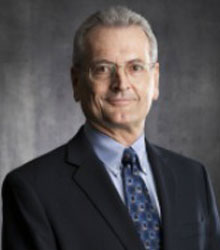 Chris Fedde President, Hexis Cyber Solutions, Inc., a KEYW company Chris Fedde joined KEYW Corporation in May, 2013 as an Executive Vice President, and is the President of Hexis Cyber Solutions, Inc., a KEYW company. His responsibilities include strategic product planning to meet the Company’s growth objectives, and the operations of the Hexis Cyber Solutions. Prior to joining KEYW, he was President and Chief Executive Officer of SafeNet, Inc., a global leader in data protection from May 2011 to December 2012. He was named CEO in May 2011, having more than a decade of executive leadership at SafeNet and previously serving as its President and Chief Operating Officer. During his tenure at SafeNet, he has led the rapid and dynamic growth of SafeNet, first as Director of Corporate Product Management and Business Development and then as General Manager of the Enterprise Security Division. Mr. Fedde established the Company’s security presence in the U.S. Government, and expanded SafeNet’s presence in the worldwide security community. He led the company from sub- $20 million in revenue in 2001 to more than $450 million by 2010, along the way establishing SafeNet as one of the largest independent security technology companies in the world. Mr. Fedde positioned SafeNet at the forefront of protecting high value information for companies and governments globally. Prior to joining SafeNet, Mr. Fedde was Director of Secure Products at Harris Corporation, where he established the security business and led its growth. In this role, he was responsible for the direction and management of security businesses requiring very high levels of security, including the U.S. Government. Before joining Harris Corporation, Mr. Fedde previously served as Engineering Manager at Motorola, developing wireless two-way products for the global markets. He holds several patents for wireless technologies. He served on the Board of SafeNet and was also a member of the Board of Directors for AuthenTec, a publicly traded company sold to Apple in 2012.