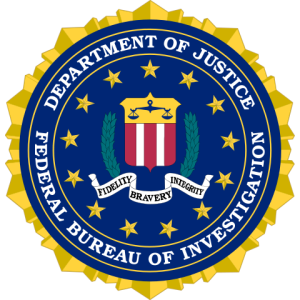 Chad Hunt Supervisor of Computer Intrusion Squad Atlanta Field Office, FBI Mr. Hunt entered duty as a Special Agent with the FBI in 2003. With over ten years of experience investigating cyber crime, he brings an in-depth knowledge of the field. Upon completion of New Agents Training, he was assigned to the Atlanta Field Office, where he was placed on the computer intrusion squad and conducted cyber crime investigations in support of the FBI Cyber Division’s mission to identify, pursue, and defeat cyber adversaries. While at the Atlanta Field Office, Mr. Hunt was a member of the Evidence Response Team (ERT), and of the FBI’s Cyber Action Team (CAT), which is a rapid-response, globally deployable unit that brings in-depth cyber intrusion expertise and investigative skills to major cases of national importance. Mr. Hunt was promoted to Supervisory Special Agent in the Cyber Criminal Section at FBI Headquarters in 2011, where he spent 20 months, and was responsible for the program management of the computer intrusion program for multiple FBI Field Offices and Legal Attaché Offices, along with overseeing the operations Eurasian Organized Cyber Crime Threat Focus Cell. In 2014, Mr. Hunt was assigned to the US Embassy in Canberra, Australia for a one-year assignment as an Assistant Legal Attaché (ALAT), focusing on cyber matters in Australia, New Zealand, and multiple Pacific island in the region. Mr. Hunt is currently assigned as the Supervisor of a computer intrusion squad at the Atlanta Field Office. Prior to working for the FBI, Mr. Hunt worked for 12 years in the Information Technology industry. Mr. Hunt received a Bachelor of Science Degree in Management Information Systems (MIS) from the Pennsylvania State University in 1991. Mr. Hunt will be discussing the current cyber threat landscape, private sector engagement, a proactive approach to cyber security, and will address what to expect when working with the FBI following a data breach.